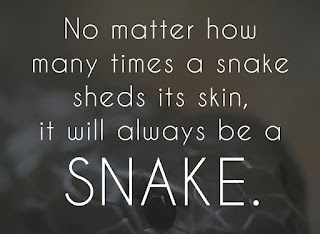 I am ready to dig my son up and get the hell away from St Mary’s! #corruption

She does this because she always has.. she thinks no one knows or sees the true colors or lies but so many more so than she even realizes.. sadly.. there has already been a life lost from it., my dads, actually 2.. my son too.. but you know “I killed my dad and child”.... according to him...

Just listen to how ridiculous this sounds.. TWO-FACED......

Funny how she can tell me I should not have been down there.. EXCUSE ME??
So if I don’t belong there, how in the hell does he?? And while I’m here, YOU wasn’t even there, plus, where it all ended after my 911 call and the cops found him, after the fact, with his lights off, camouflaged in the night, he didn’t look suspicious or up to no good at all right?! Ohh & I don’t need to know or even care what he was doing or supposedly doing, I’m sure he’s got a good cover story, just like he has for everything else, but he isn’t going to sneak up on me and put me in that body bag I’ve been threatened with, with that weapon he clearly has no issues with threatening that he’s concealing & try to weasel out of it, especially as long as I can prevent it! But again whatever, I’m sure there will be some snaking out of that too... (lies & excuses!) but just for your information, I have just as much right to be there as anyone else does!  I guess I can’t get a banana pop or sit at the boat ramp.... but because he is a councilman he can do whatever the hell he wants, when he wants?? And it’s ok?! That’s how it works now huh!?? Funny he calls you to run to his side, and you do... with your family that you miss and love so much, that you are grieving,  right around the corner, but you didn’t even come check on YOUR DAUGHTER... different tune from this week..  oh but.. wait.. that same daughter had a nervous break down in your yard because of things he said to me while you stood there and watched the ambulance come and did nothing.. until he was not within ear shot then your side CHANGED again... funny how that happens too.... we’ve had several of them conversations.... so I guess your waiting on my side to end at the grave like dads so it can ONLY be your side... hummm. #Lukewarm #liar #keepYOURexcuses

Not that it’s ANYONES BUSINESS but I do have my market on the square receipt from my banana pop & im sure I can find the guy at the boat ramp that went to save another that got stranded so we stayed to make sure they both got back safe, with the storm that was brewing..  or the guy we sat and talked to while we WAITED for the boaters to get back..

Again it will be more lies but she she will defend him while he’s standing there.. or to save face. Thankfully many others see right through the lies and excuses... I’ve not shared it all.. but trust me.. the lies will come like a raging ocean and a concrete block straight to the bottom.

Just like the deer by the base, the food stamps, the red light and so much more.. #Narcissist

When there is a #MurderinCamden and me or my family or heck at this rate, all of us, check the “private investigator” living behind a gate— and let her lie out of that one with her gracefully plea and god stories.. or even bus throw to protect us...... I’m sure we will be sooo loved at that point.. well I guess depending on who you’re talking too., not if he’s around..

.....lord knows all the lies, 911 calls, and excuses saved my dad from his overdose.
So will it be enough to save my family....I’m so thankful for the amazing ones beside us!