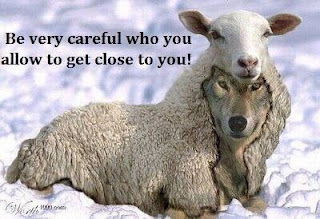 *ill be adding more to this post. Stay tuned.


So as most of you know my cousin passed a couple of days ago, I am not getting into all the dynamics of that but, it was my dads brothers son. Anyway, I’ve not been close to them and I’ll share that whole story soon as well, I mean when you hear so much junk you just stay away and the audio about all that is pretty sick, but they were never good enough and always “needy”, and was tore down enough that division was there. (another part of that coming!) even to the tune of lies after my dads death, and again I was sucked right in with them.. But whatever. I’ll save that for another time. That time is not now. I’ll let the wool stay where it’s at for now. But later, I’ll even attach audio that like a lot of other will still shock some, thankfully most already know. But it is what it is right? I mean who my “egg donor” is as a person is just disgusting to me & when I think she can’t pull anything else.. she does.. typical narcissists.

So tonight was my cousins funeral.. I get a few calls & texts while I’m heading there that my mother has the evil piece of crap Artie Jones Jr. there by her, the one who threatened my family, & there is an active restraining order in place and I needed to be careful, possibly not even attend because he was there, thankful some care about me, clearly the parasite does not. Like, WHO EVEN DOES THAT!!!!!!! WHYYYYYY!! Why would HE even be at a place with my fathers family KNOWING I will be there IT IS MY COUSIN & MY DADDYS FAMILY!! Just goes to show what type of people they are especially him, I don’t care what the reason is.. there is a ACTIVE RESTRAINING ORDER & THAT IS MY COUSIN laying in that casket!!!! MY DADS FAMILY at that.

(Just heard from more family) wait until you hear these lies! He was there to “drive” her, because she doesn’t drive at night.. Ha. Ok, so if that was true, he was the ONLY person to be able to drive her right?! Yea ok, lets not even go there and have a moment of silence for THAT lie. Oh and after talking to my other cousin she even gave another account on why he was supposedly there and it wasn’t to “drive” anyone. Whatever. Again. He had zero right there with a restraining order, the end goal was to keep me away as long as he could, otherwise he would have never been there to stop me from going. They knew good and well what they were doing and they are now spinning to to once again play victim. But it’s ok. I will continue to speak my truth & the truth always shines light over the darkness of lies.

I really don’t care about any of the dynamics that is just disgusting of HIM & HER.... Some have asked me and yes, I called the law and told them & was told what to do if he was still there when I got there... thankfully I never crossed paths with him but I was taken straight to some friends & my aunt and uncle who are very well aware of the situation and honestly as shocked as we all wanted to be, it was more disgusting than shocking.. but I can tell you this just goes to show what type of person him & her both are.. and I was not able to grieve, they both stripped me of that and gained the satisfaction just as they intended to do. And well that’s ok... When I think there can’t be more.. there always is.. but after our next court date there will be more discovery to share and only then will some of that thick wool start to dissolve from some eyes.. & they will not look like sheep anymore, they will definitely resemble the wolves that they are with snake tongues to those they have fooled. 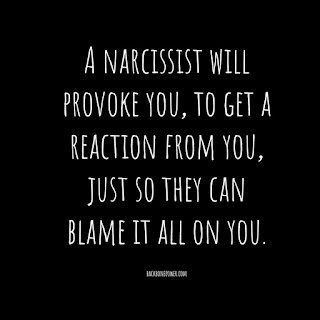 And they used my cousins funeral to do it. What a shame.
As one of the callers who called me said, he came in dressed to the 9, it’s all for show but definitely don’t have the class only the prideful look and well we all know where pride leads. 👏🏻


Just because she like to be the victim and play, read or let others read texts I’ll share the last one I just sent her because I have nothing to hide.

Text: YOU ARE A DAMN LIAR TO TELL UNCLE JIMMY & AUNT SHIRLEY & WHO EVER ELSE YOU MIGHT HAVE TOLD THAT HE WAS THERE TO DRIVE YOU BECAUSE YOU DONT DRIVE AT NIGHT! YOU KNOW GOOD AND DAMN WELL THAT IS A LIE AND  I HAVE A RESTRAINING ORDER FROM HIM ISSUED BY THE COURT AND YOU BOTH WANTED TO KEEP ME FROM THERE AS LONG AS YOU COULD FOR YOUR OWN EVIL GAIN I KNOW BOTH OF YOUR SICK GAMES! KEEP SPINNING YOUR LIES!!! THE TRUTH WILL ALL COME OUT ABOUT EVERYTHING YOU ARE ONLY FOOLING YOURSELF AND A FEW OTHERS WHO DONT KNOW ALL THE FACTS! LET THEM ALL READ THIS MESSAGE AND ALL THE OTHERS TOO I DONT CARE I HAVE SOME OF MY OWN IN AUDIO OF YOUR VOICE!! IVE HEARD EVERYTHING YOUVE SAID ABOUT ALL OF THEM TOO, YET YOU CONTINUE TO PULL THE WOOL OVER THEIR EYES LIKE YOU HAVE ALWAYS DONE!!! YOU KEEP ACTING ALL INNOCENT IN YOUR DECEPTIVE WAYS.. YOUVE GOT AWAY WITH SO MUCH SO YOU JUST KEEP GOING... I AM NOT HIDING ANYTHING FROM ANYONE!!!! THEY CAN BELIEVE IT OR NOT SOON THE COURTS WILL MAKE AN ORDER ON TRUTH JUST LIKE THEY DID WHEN HE TRIED TO TAKE ME TO COURT AND IT BACKFIRED ON HIM AND HE GOT SERVED A RESTRAINING ORDER AND THE THE LIES YOUVE SPUN WILL BE LAID TO REST!!! EVERY SINGLE ONE OF THEM!! UNTIL THEN KEEP DOING WHAT YOURE DOING THINKING YOUVE GOT EVERYONE FOOLED JUST LIKE YOUVE BEEN DOING!! “