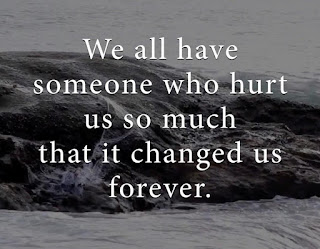 WOW. So true... unfortunately this person for me is my very own mother.. but thankfully everyday I get stronger without her! She lost the best & her only child & the best & her only grandchildren... the most precious that life could offer.. & it’s ultimately her loss.. I’ve also come to accept she’s responsible for her friend who hurt me & my family deeply too.. especially when she stood by & then sat with him in court against me.. never once caring about the damage done to me... but it has changed me forever and everyday I grow stronger, with those that love & value me & know my worth. 💙 one day she will realize what’s she’s lost.. only then it will be to late.. ✌🏼