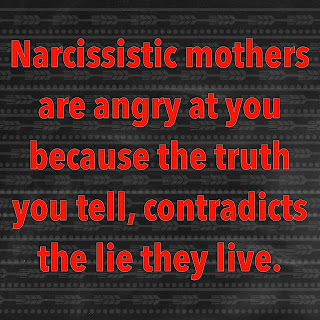 We need to talk — just not with you.

Your estrangement from your adult kid is definitely your fault, and things can’t possibly improve until you take full responsibility and face some hard truths.

Hard Truth: Children have no control over how they’re raised.

There are echo chambers all over the internet ready to tell unique stories about addicted or mentally unhealthy kids, but that’s not really what’s going on with your kid, is it? There’s also the classic set of excuses that “it wasn’t really that bad” or “we were just strict,” shifting blame to the child for their own upbringing. That’s insane.

It can be easy to convince a little kid (and yourself) that it’s their fault the relationship is a mess. What’s changed is their ability as adults to realize parents control the upbringing.

Hard Truth: Your adult children have emotionally supportive relationships with others. You’re the odd one out.

Your adult children are definitely interacting and having relationships with friends, partners, coworkers, and other relatives. You’re the odd one out. It’s easy to dismiss their other relationships as unhealthy, but take a look in that scary mirror and ask what they’re getting from those relationships that they don’t find interacting with you. Validation? Honesty? Compassion? Vulnerability? Loyalty? If your greatest loyalty is to your own blamelessness, they’re going to stick with their “ride or die” friends instead.

Also consider what they might not be getting in those relationships. Their aunt, the one you hate, acknowledges that they’re doing their best, and gives guidance without harsh judgment. Their coworker doesn’t disparage their partner when they’re having relationship troubles. Their best friend isn’t prioritizing religion or politics ahead of their friendship. Their counselor is listening and validating events that you’re denying.

It’s not new. They’ve been meeting their emotional needs elsewhere their whole lives, bonding with teachers, relatives, older kids, and other adults who felt safe. The only difference now is that they’re not forced to interact with you.

Hard Truth: Anything short of flat-out admission of what you’ve done will push them further away.

Telling your kid things weren’t as bad as they remember is gaslighting. While you might convince others “it’s just a misunderstanding,” people don’t quit entire family relationships over simple misunderstandings or minor infractions. Excuses about children being difficult to raise will fall especially flat if your children now have kids of their own. A parent’s love isn’t contingent on how “easy” a child is.

The reason your adult kid isn’t talking to you isn’t that you neglected them, or hit them, or emotionally abused them, it’s that you’ve repeatedly tried to convince them that it’s their fault, or worse that it didn’t happen at all.

The fact that Child Services didn’t show up 30 years ago isn’t because nothing happened — it’s because your kids were too scared of what would happen if they spoke up.

Hard Truth: Your kid is an adult now. Get used to respecting boundaries you disagree with.

They’re setting boundaries in other relationships: Not allowing others to swear or scream at them, requiring their partner to prioritize quality time, saying no to requests for money, limiting who has access to their kids, and more.

When you disregard their boundaries, you force them to distance themselves instead. If you think back, there’ve been multiple times they’ve said “I’m not okay with X”, right before you’ve done it again. It’s no wonder they don’t invite you over, knowing you’ll be the most unruly and immature person in the room.

You might have suggested mediation, but there’s no way to mediate away your bad behavior. Your adult child knows it, and has probably rejected your suggestion.

Hard Truth: Right now, they’re better off without you.

Cutting ties with parents means a lifetime of explaining to “normies” why your parents aren’t in the picture. It means they’ve cried — first to you, to beg you to act like an actual adult, then to friends when they feel hurt or betrayed by your behavior, and probably to a therapist or two. Estrangement isn’t something people choose casually or carelessly.

Several of those folks will have recommended opening up some distance. And they’re right. Keeping someone toxic your life who undermines your other relationships or leaves you feeling torn down is exhausting. Every day they’re realizing how much healthier and happier they feel without the anxiety and pain you bring them.

Hard Truth: They’ve tried to have a relationship with you, and you’ve been blowing it, repeatedly, for years.

By prioritizing your own desire to safe face, to your adult child you’re just another unhealthy, badly-behaved adult. Your kids have made several attempts to reconcile, before you’ve insisted it happen on your terms or not at all. They’ve tried to reach out for the grandkids’ sake, or for the sake of family harmony. They’ve tried inviting you to a family function, or attended a family event on neutral ground knowing you’d be there.

And you’ve consistently and predictably blown it, by ignoring their boundaries, by using impromptu interactions to persuade them they’re wrong, or belittling them to others. The estrangement isn’t because of something that happened in the past, it’s because of things happening now that will continue until you make a change. Change can’t happen by dismissing or minimizing their feelings.

Hard Truth: Your kids owe you nothing.

You sacrificed for them? Worked extra hard to take care of them? Great, have a participation trophy for entry-level parenting. The fact that they’re not talking to you means you’ve written checks on an account that doesn’t exist. Sharing DNA doesn’t mean they’re obligated to you. Stop acting entitled. They owe you nothing.

Hard Truth: Your echo chamber is misleading you.

Today’s internet has lots of cozy discussion groups filled with strangers willing to reinforce ideas that are flat-out wrong. The fact that someone else’s kid joined a weird cult and stopped talking to them, or picked up a drug habit, has nothing to do with your choices.

You can spend a LOT of time convincing yourself that your kid might have a drug problem, might be a Satanist, might be a bad parent themselves, or cut contact over something trivial, but it’s just another way of dodging responsibility. Parents-as-Victims groups make it easier than ever. Fixing things with your kid is going to take soul-searching, not self-soothing.

Is a relationship with your kid more important than protecting your ego? Here are some next steps.

Stop blowing things up. Stop trying to prove your case to the rest of the family. Stop trying to force your kid to see things your way. Stop trying to make them take responsibility for your emotions. Stop pretending the estrangement is about something insignificant or unknown.

Get some counseling. For you, not them. Most estranged parents are themselves traumatized, leaving a Sherman’s March swath of destruction while trying to avoid their own wounds. If you love your child, you’ll need to work on yourself before you can talk to them without doing more harm.

Eat the humble pie. The whole damn thing. No more non-apologies like “I’m sorry that had to happen.” It’s never too late to apologize, if you can overcome your desire to save face. Your kids have told you what the issue is. It’s time to listen for a change.

Be patient. You’ve been wreaking havoc for years. There’s no overnight fix. You have six months to live? That’s not your kid’s fault, and doesn’t mean they suddenly owe you a peachy relationship. Healing takes time, and only starts when you stop doing damage.

- she will not stop doing damage until my death - just like the death of my dad.