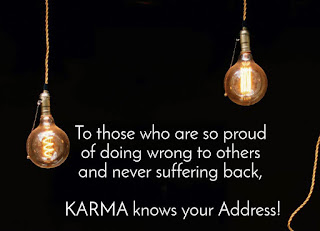 ( how fitting especially for the address part LOL!! )

So I got these from a source a while ago & yes, I blocked the address because I’m sure he will try to say “something” out his ass about me as usual..but at least it won’t be me posting his “gated community address”… but it’s public records….

.. anyway.. I couldn’t help but think…. I wonder if he will get off of this!?? Or what tactics he will use.. (I could say so much but I’m holding off.. trust me it’s coming tho! Oh the lies.. To be revealed… just waited for it all to come together..

……But….. The state of Georgia versus him?? I can’t help but wonder how strong the political pull or “good old boy” system will be for him in this one?

…seems there has been a recent 6/2021 update which he entered a plea of not guilty. (Now for the record, being said here I don’t know if guilty or not guilty is accurate for this case; but seems a pattern that he is always “not guilty or responsible for any wrong doing in what he’s put me and my family through & also another very special dear and close friend of mine through…

but I do wonder if he needs my mother to sit with him for “his anxiety” this go round?  🤔

(Transcript from our court date)

Karma does comes around & IT KNOWS THE ADDRESS.. and I’m not sure if this will be part of the karma but I’m sure glad whatever it was has been made a public record and it’s in the court system.. guilty or not.. I at least know some accountably is being held just by it being enough for the court to take part in & well his “not guilty” plea (guilty or not) shows actions was taken no matter what the charge is..
XXXXXXX
Could you imagine what would would happen if she stuck to her words for once and “sling his ass under the bus”? OR did the right thing without lying???
Regardless ; I personally think he is a sick evil twisted piece of garbage and guilty, not guilty, sentenced or not; his real punishment won’t be until he stands before God: then he will pay the ultimate price for the evil, hell & havoc he’s wrecked on the lives of others, especially for these words…. To a mother who buried their child.. and as evil, nasty & sick as he is I sure hope part of his karma isn’t someday looking down in a casket that one of his children or grandchildren lay in.. it’s a pain that I don’t wish on anyone not even this evil spawn of satan.
Edit to add:: sadly a short couple days after this post went live the Jones Family had a tremendous loss.. Artie Sr passed away and while I ache for the family especially a few I’m super close to, I can’t help but shudder at the words “you killed your dad & child” screamed at me.. now that evil piece of shit has lost his dad and karma is here to remind him again how evil he is.. but I’m sure he will pull out his sympathy card and enjoy his moment of pity at the loss.. to bad that “rotten apple” fell far from the tree.. with his evil nasty self.. so to the rest of the Jones family I’m sorry for your loss.. losing a father is a heavy & hard loss - but to the one who carries his name directly under him.. a name I don’t feel you even deserve after the hell you’ve wrecked.. over more than just me & my family.. if only your namesake was aware of the evil you’ve spawn… so eat your words…..
“YOU KILLED YOUR DAD” you sick piece of garbage! ✌️