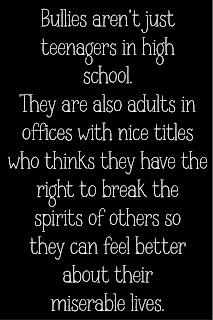 This bully has the nice title of a public elected official; a City of St. Mary’s Georgia, Councilman; who’s term is almost over; the question remains, will he seek re-election this year, 2022?

Is this someone you want in the public spotlight representing your town? Is this someone you trust to advocate for you? For me personally I would NOT want someone like this in a public seat to represent me or my best interest. Especially, Anyone who can be so vile ESPECIALLY to a mother who has suffered the death of their child… & he better hope karma doesn’t deal the same gut wrenching, heart shattering, earth wrecking events to one of his children or grandchildren!

Bully isn’t even strong enough words to describe this disgusting snake.. I will not even call a person of this nature a human.. 🐍 even a snake doesn’t seem fitting, other than having a fork tongue.. this is pure scum under the trash… even below maggots…

Anyway. A quick search shows this as a city councilman job description; while this is NOT directly from our city; Im sure the responsibility of a elected official holds true to this:

“ Powers and Duties of Councilmembers;

Councilmembers are empowered to make policy decisions and to approve ordinances, resolutions, and other local legislation to govern the health, welfare, comfort, and safety of the city's residents.”

“The health, welfare, comfort AND safety?”

It is my opinion & the opinion of MANY others, But, I do feel 100000000% sure that this bully does NOT deserve a seat on any council or a title to serve as a public official, acting in this behavior…

I want someone who is honest, noble, of good character, and deep down a good person, not just someone who has the appearance on the outside, dressed to the nines, for show.. then brings this behavior when they think there is no record or recordings. We won’t even talk of the police reports right now…. 🙄

Also while I’m here; this is just another poor bullying act where he verbally attacked my mental state, where I was recommended by my dr & also the courts, to ask the court for my husband to sit beside me incase I had an anxiety attack, IN COURT….THIS IS ON THE RECORD. This is actual transcript signed by the court official!

Edit to add: someone sent me this post he made about stupid should hurt? Karma has yet to play on his stupid but she’s coming! Funny how KIDS should feel pain.. how about ADULTS feeling pain for their actions. Oh wait.. POLITICAL PROTECTION?  or “PRE TRIAL DIVERSION?”

Did YOU feel pain for ALL your stupid yet? or what about your lies that you never said what I have recorded?? I think you’ve also got a few trophies you don’t deserve…. -HI POT.. MEET KETTLE!!!!

TALK ABOUT A BULLY. It’s not the KIDS we need to worry about it’s YOU telling mothers they killed their CHILD.

How about take accountability for your actions.. oh & while we are here - it wasn’t the KIDS handing them out to themselves!!

What happened to the younger generation Charlie Brown?

He is a sick person to post or ill will suffering on ANYONE after the things he’s said & done! Your right mr scum of the earth- stupid should hurt & you telling me I killed my child & dad was PRETTY STUPID & SICK OF you!!! Along with your other dirty evil “stupid” actions!!! Walk around innocent if you want… people see through your nasty disgusting sick evil self…& fake for attention posts! 🤮🤮 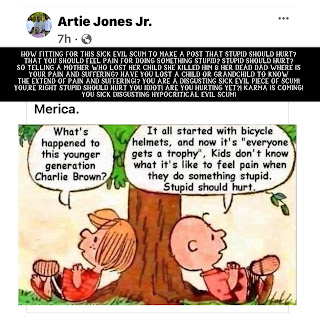 You can listen to just SOME (there is more coming!) of his bullying here.