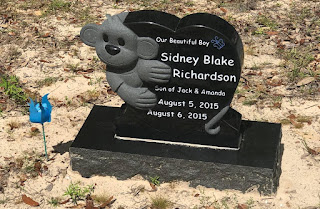 I remember 7 years ago today like it was just yesterday.. I’ve went through every emotion, felt grief in every part of me & sobbed so many tears, asked myself every why question I can imagine… and felt the shards of my heart cut up every ounce inside of me.. 33 hours wasn’t enough.. I am suppose to go before my children!!!!!!