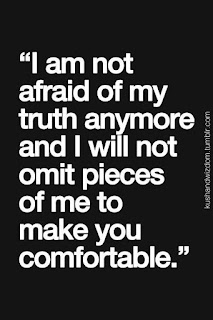 Just more proof he had other motives for pulling up on my child & husband today! Here is a police report that from when I called in on him where the officer even asked him to step out because of “safety reasons” with his lights off in a dark location with a gun on his seat!! He claims he doesn’t go to her house without her there; YET he pulled his nasty ass right on in there today without here there while my child was there.. why?? So he could catch him out back kill him and then say oh he felt intimidated or threatened, like he told them before (I’ll post that report here too) ?? Oh and he told them he was there waiting on her from seagals when she clearly said Fulfords? They can’t even keep their lies together.. but just MORE proof that he was up to no good.. or else he would not have pulled in KNOWING THAT WAS MY CHILD THERE!!! You all can believe his lies and hers too if you want.. but I’m calling it as it is.. and here is the report to prove he’s a damn liar, just looking for a reason to put me and my children in the body bags we’ve been threatened with and I believe walk away with all my dads stuff he left for my children!!! Suck it Artie Jones!! I see through your lies and bull shit!!! 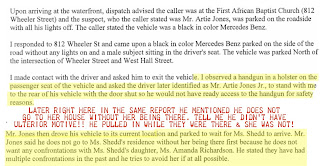 Let me add this: more lies.

& recording of her. Because “he just left her house and went to Fulfords? But now seagles? And she verified it all? But he doesn’t go to her house without her there? What a joke. Their lies and games will catch up to them and I hope it’s before I’m in the body bag he threatened us with!
(More is coming!!!)